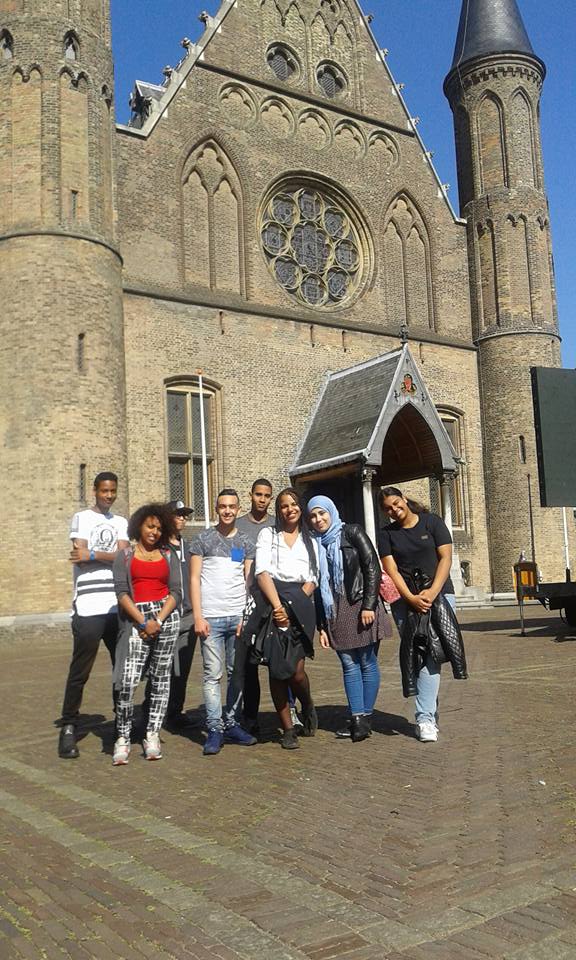 I just got back from the most amazing and inspiring weekend I’ve had so far. As the ambassador of the IMC Weekendschool, I strongly believe that education is the key to tomorrow’s success. Everyone deserves an education, but did you know that 75 million people have no access to education. 75 million. This made me question it, why do I deserve an education and they don’t? What’s the differnce between a 17 year old girl from the middle east for example and me? Aren’t we both human? Don’t we both have our rights? As one of my rolemodels once said: “One child, one teacher, one pen and one book can change the world.”
We are tomorrow’s leaders. Human rights. This weekend, 1500 young leaders came togheter at the Global Student Leaders Summit in The Hague to explore and discuss human rights. We got to meet great leaders of the world such as Arun Gandhi and Ndaba Mandela, but most importanty, we got to meet each other. Colorado, Ohio, Massachusetts, Calafornia, Vietnam, Indonesia, Nigeria, The UK, The Netherlands, Taiwan, Italy, Germany etc. We were all there.
As Albert Einstein once said, a person who never made a mistake never tried anything new. So don’t be afraid.
Our voices are more powerful than we think, together, we can make a change. We can make a difference. Make this world a better place.

Human rights, Human Iura,
Where would we be without these rights. Rights to be human, rights for being human, humanity.

Last weekend more than 1,500 students from around the world sat on this subject. It is not often that this is happening and I was very surprised. I have learned a lot from others from different countries. It was a weekend that I definitely never going to forget.
‪#‎EFSummit‬ Thank you for the opportunity to experience this, but also because thanks to you I have got to know people from all over the world. I even made some new friends who are timezones away ♡♡
There were great speakers and it takes a lot in order to silence a large audience and that was successful. Thank you for the change of hearing from among the grandchild of Gandhi & Mandela.
Thank youuu Hajar Larachia Ilias Oussama Ouali Tyreece Pijlman Lingfong Yee Moena Geddi Maryem Lhajoui and Sharon for the crazy, intensive, amazing weekend!!

We are Global Student Leaders and we’re learning everyday more. 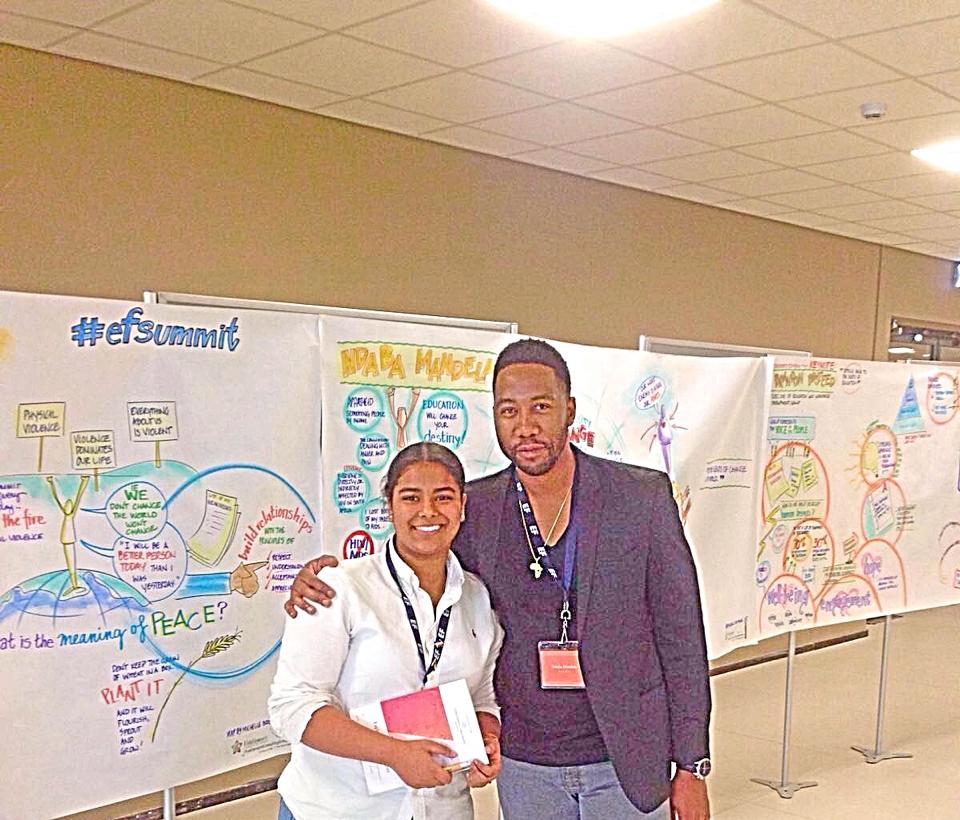 1500 students from all over the world, hundreds of passion projects, three days, one theme: human rights..
Thanks to EF Tours for such an inspirational weekend and giving me the honour to meet some of the greatest leaders of the world, Ndaba Mandela, Dr. Arun Gandhi, Sheryl Wudunn, Mr. Nick Kristoff and many more.
We got to meet Mahatma Gahndi’s grandson, Arun Ghandi, after hearing his speech on the rise of passieve voilence and the troubling effect it is causing in our world today.
“This world is what we have made it. If it is ruthless today it is because we have made it ruthless by our attitudes . If we change ourselves, we can change the world.”
We also got to meet Ndaba Mandela, the grandson of Nelson Mandela, who spoke about the importante of multisided history and gave us his take on Brexit saying ” You can’t live in a sea of prosperity while being surrounded by poverty.”
Thanks Ndaba Mandela and Dr. Arun Gandhi for sharing the lessen of life they learned from their grandfathers

I could not have asked for a better weekend than this one. I am so honored to have been able to attend such a powerful human rights leadership summit with all those amazing people.
If there’s one thing I’ve learned, it is that we all can make a difference in this world no matter who you are.